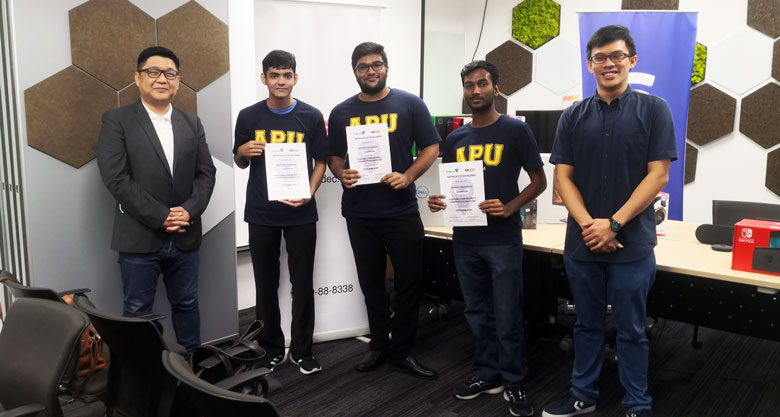 KUALA LUMPUR, 4 August 2020 – Team Shellhound from Asia Pacific University of Technology & Innovation (APU) stood out among 161 teams from 29 universities nationwide, as the Champion of the F-Secure Cyber Security Competition.

The F-Secure Cyber Security Competition is the brainchild of a long-standing collaboration between F-Secure, the Malaysia Digital Economy Corporation (MDEC), and various Malaysian public and private universities. The collaboration aims to facilitate the transfer and empowerment of high technology skills to the local workforce through education.

The 2020 F-Secure Cyber Security Competition highlights the need for continuous nurturing of the next generation talents. Through the competition, students get an opportunity to demonstrate their knowledge and skills in the field of IT and cyber security against their peers in a friendly public event.

Cyber Security and Programming concepts, such as Reverse Engineering, Cryptography, Network Analysis, Malware and Incident Response were among the topics that were tested throughout the competition. 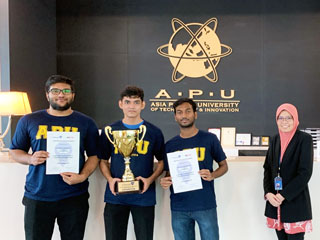 Due to the Movement Control Order (MCO) and the COVID-19 pandemic situation in Malaysia, the entire competition took place virtually. The Grand Finals of the competition was an intense encounter – 10 finalist teams competed against each other to ‘Capture the Flag’, where security attacks and defense measures were planned and executed over 4 hours.

Team Shellhound from APU, comprising Imran Esack Dawoodjee, Sritaran Doraisamy and Mohin Paramasivam captured the championship with a final score of 410 points – the Runner-Up teams scored 311 points. Throughout their preparation, the team was mentored by Yusnita Yusof, lecturer from APU’s School of Technology.

An award ceremony was held in compliance to the Standard Operating Procedures (SOP), at F- Secure’s office, to commerate the victory. The team walked away with a trophy, together with exclusive merchandises such as a Dell 24” gaming monitor, a HyperX Cloud II gaming headset, a Razer BlackWidow Elite mechanical keyboard, and a Logitech G502 wireless gaming mouse.

“Due to the MCO and the COVID-19 outbreak, it became impossible for us to meet-up and hold practices together. Thankfully our team overcame these challenges by utilising the technologies available, and we still managed to excel at the virtual competition,” said Imran Esack Dawoodjee, team leader of Shellhound and Year 2 student of APU’s Cyber Security Degree programme.